Event Space – A virtual environment created for a computer game. 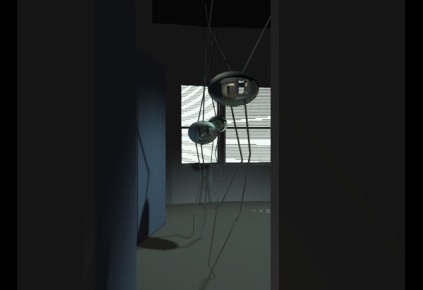 The game begins with the player walking into a room filled with silver coated creatures suspended on long slender legs. 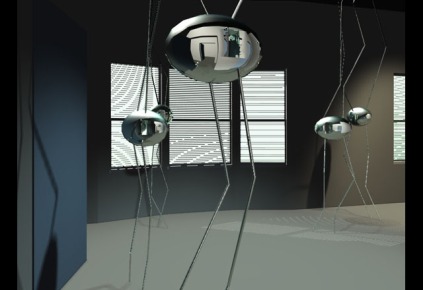 As the player enters the room, the creatures begin to move around, following the player’s every step. 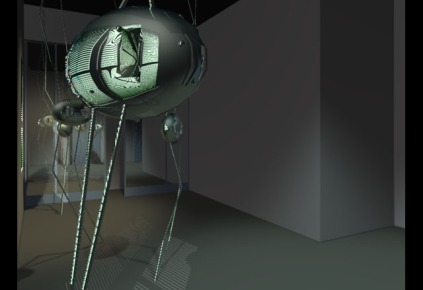 They move closer and closer and until the player can see himself reflected in its glossy surface.

Then suddenly from behind, one creeps over and swallows the player, transporting him into another world. 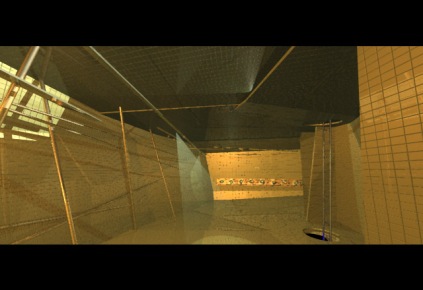 The player discovers that he is trapped in a golden room.

At the end of the room there are a series of carefully displayed pulsating blobs.

In order for the player to escape the room, he must interact with each blob and release each misfit trapped inside the blob.